The National Association of REALTORS (NAR) needs your help to drive messages to Members of Congress urging them to support H.R. 2874, “The 21st Century Flood Reform Act.”

H.R. 2874 reauthorizes the NFIP and makes a number of critical improvements to the NFIP including increased funds for mitigation activities, caps on overall premium increases, improved claim and mapping processes, as well as removing hurdles for more private market participation in the flood insurance market. Reauthorization of the NFIP will help over 5 million homeowners in 22,000 communities around the country, so it is critical Congress acts now.

If Congress fails to take action to reauthorize the NFIP, it will expire by September 30, 2017. 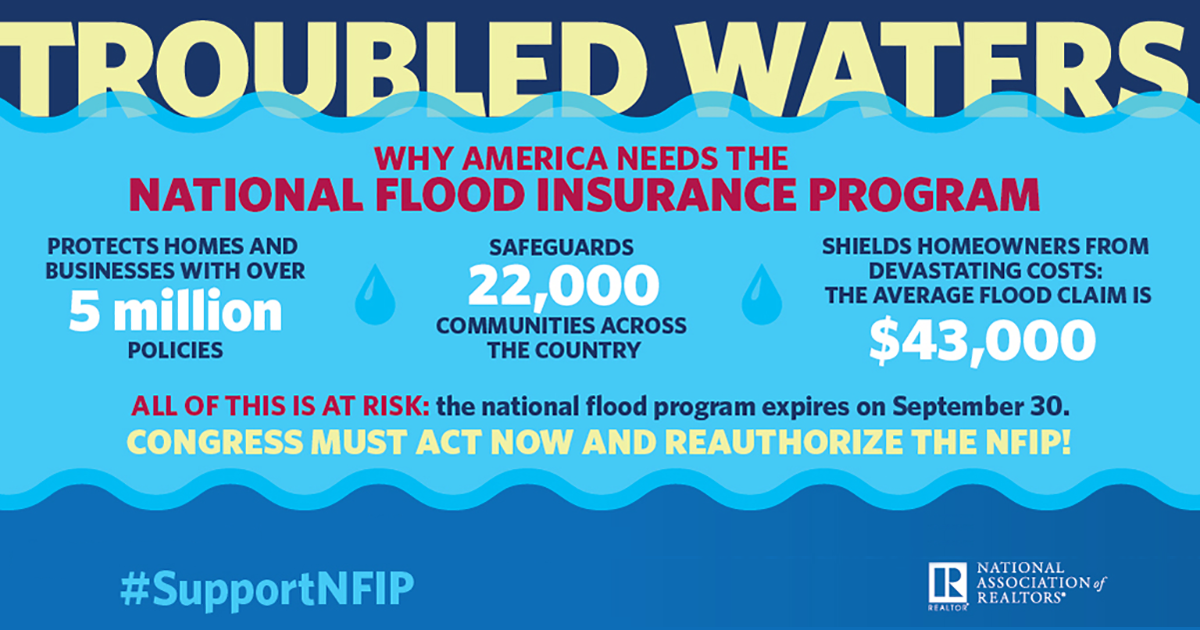